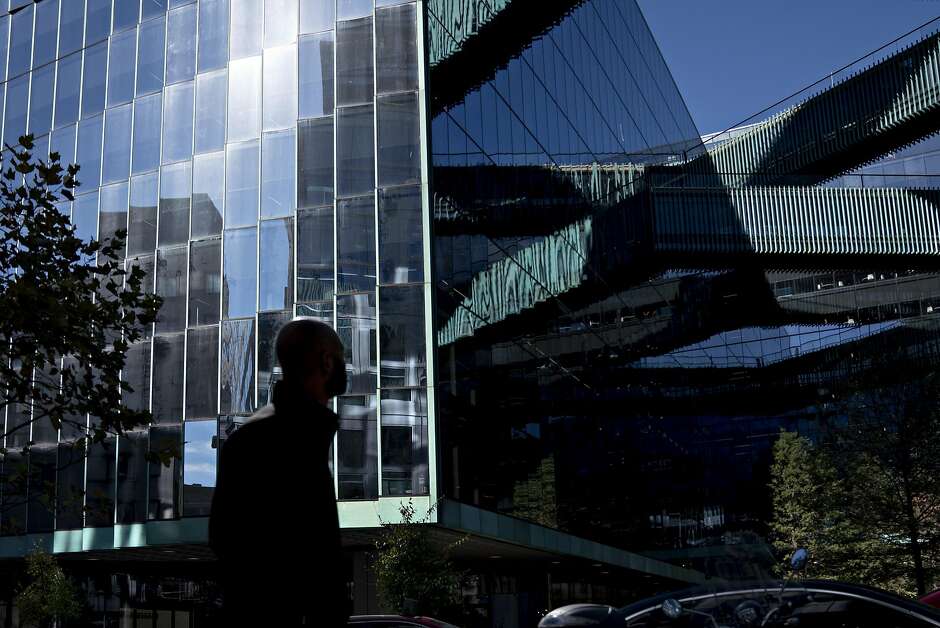 The new headquarters of Fannie Mae, which along with Freddie Mac raised their conforming loan limits to $484,350 in most of the country and to $726,525 in high-cost areas including seven Bay Area counties. The higher limits take effect in 2019.

Thanks to a 6.9 percent increase in average home values nationwide, the so-called conforming loan limit on mortgages backed by Fannie Mae and Freddie Mac will rise next year by the same percent, to $484,350 in most of the country and to $726,525 in high-cost areas including seven Bay Area counties.

Loans that exceed the Fannie-Freddie limits are called jumbos. Historically, they cost a bit more than conforming loans, but today the opposite is true, at least for the best-qualified borrowers.

Wells Fargo, for example, on Tuesday was charging an annual percentage rate of 4.99 percent on conforming loans and only 4.54 percent on jumbo loans (both assuming a 25 percent down payment).

Nationwide, the average rate is 5.01 percent on conforming and 4.9 percent on jumbo mortgages, both with a 20 percent down payment, according to Bankrate.com.

Although conforming loans may cost a little more, “it’s quite a bit easier to qualify” for a Fannie-Freddie loan than a jumbo, said Zach Griffin, a loan adviser with LaSalle Mortgage Services in Oakland.

Although underwriting requirements vary depending on the borrower’s overall financial situation and type of home, to get the best rate jumbo lenders typically want at least 20 percent down, a minimum credit score of 680 to 720, a debt-to-income ratio no higher than 43 percent and “reserves” equal to at least six months of mortgage payments.

By comparison, Fannie and Freddie will accept down payments as low as 5 percent (and 3 percent in certain cases), FICO scores as low as 620, a debt-to-income ratio up to 49 percent and in some cases, no cash reserves, Griffin said.

Lenders demand more paperwork with jumbo loans, and there’s more variability in pricing, said Guy Cecala, publisher of Inside Mortgage Finance. Fannie-Freddie underwriting is “much more structured,” he said. Borrowers with a 690 credit score and less than 20 percent down will probably pay less for a conforming loan than a jumbo, he said.

In the Bay Area, where the median price of a home or condo purchased in September was $815,000, jumbo mortgages accounted for 39.5 percent of total home purchase loans and 60.5 percent of the dollar volume of purchase loans originated that month, according to CoreLogic.

Every year around this time, the government agency that oversees Fannie and Freddie announces the conforming loan limit for the next year. The percentage increase is equal to the average increase in home values over the past four quarters.

This year’s 6.9 percent increase followed a 6.8 percent increase last year, which was the biggest increase since 2006 when the conforming limit hit $417,000. As home prices plunged, it stayed at that level until 2017, when it rose to $424,100. Last year’s limit was $453,100. These are the limits for single-family homes and condos, they are higher for two- to four-unit buildings.

Starting in 2008, Fannie and Freddie allowed higher limits in high-cost areas. In those counties, the limit is based on the area’s home prices, but it still cannot exceed an overall maximum, which will be $726,525 next year. That will be the limit next year in Bay Area counties except for Solano, where it will be $494,500, and Sonoma, where it will be $704,950.

In high-cost areas, loans that range from the nationwide limit to the max in that county are called “high-balance” conforming loans and often cost a bit more, about 1/8 of a percentage point, more than true conforming loans, Griffin said.

The Fannie and Freddie limits also apply to most loans backed by the Federal Housing Administration and Department of Veterans Affairs. Loans from those four government agencies account for 70 percent of all mortgages, Cecala said. Mortgage insiders believe that the Trump administration wants to reduce their market share and might try to do so after Jan. 1 by finding a way to lower their loan limits.

For a map showing loan limits in each county nationwide, go to https://bit.ly/2BDqOAl.